Once upon a time, not so very long ago, I was a young, ambitious junior reporter setting out on her first job.

Because I was an adventurous spirit (or knew no better, whichever way you choose to look at it and both were probably true) I left my sleepy Oxfordshire hometown for a job on a weekly newspaper in the Manchester hinterland.

I’d studied journalism in Sheffield so I thought I knew what a city was like. I didn’t realise they came in such different sizes.

The bright lights of Manchester were pretty dimmed in those days. And I was at least an hour away from any city centre life. I lived in a bedsit, on the edge of a place called Hyde (ironic when I think about it) where my view of the world was scrubby fields, at the edge of which stood the gleaming towers of a housing estate called Hattersley. It’s probably a much nicer place to live now but then, back in the 1980s, they had just demolished the former home of Hattersley’s most infamous residents, child killers Ian Brady and Myra Hindley.

My first newspaper had three reporters, which is probably a luxury these days, but we didn’t have the internet from which you could scavenge for inspiration. You had to get out there and find your news, or at least phone people incessantly. Or take copy over the phone. I know, actually talk to people! It was a labour intensive job, clattering away on typewriters, and we worked some hours.

Occasionally I’d go out socially with one of the other reporters, for a few drinks after work, but I didn’t know anyone except the people I worked with. If I could divide up how I spent my time and what dominated my life, it looked a bit like this: 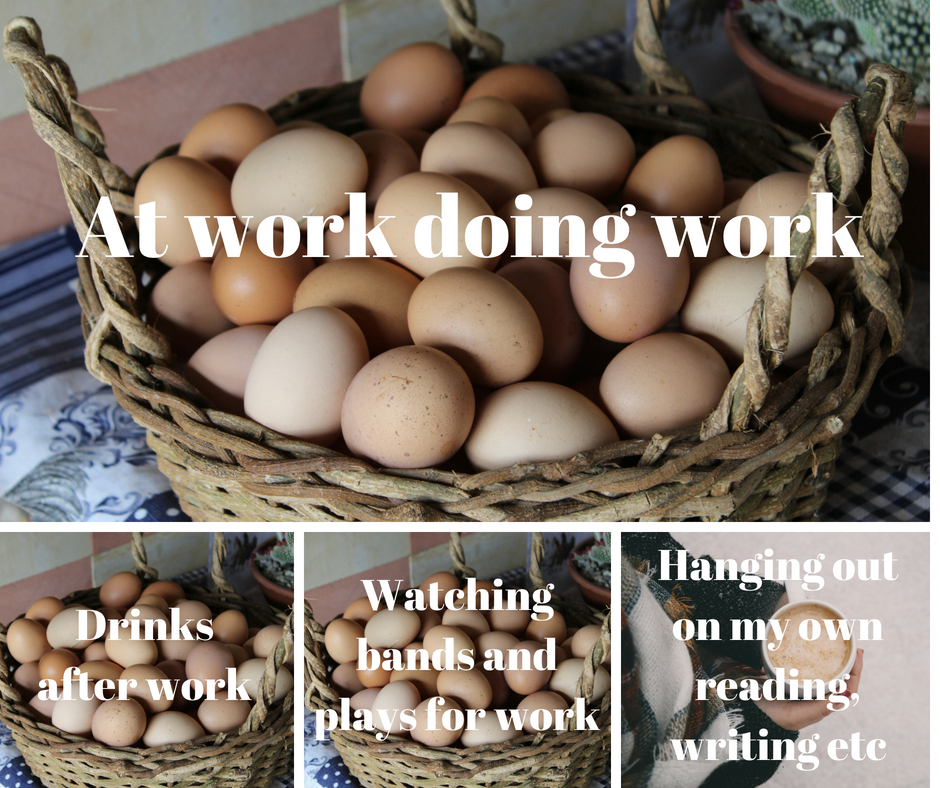 I liked my job and it was hugely varied. But my editor was very demanding, quite shouty and, well, let’s just say his people skills weren’t strong. Not surprisingly, the wheels started to fall off my wellbeing.

I didn’t earn very much so I cut back on buying food, so I could spend more on cigarettes. This somehow gave me a sense of control, but of course I had none anywhere else, so odd though this sounds, it did work for a little while. But shortly after the crying began. After various sobbing episodes I took myself off to see my GP who asked what my work life was like. The doctor signed me off for a fortnight with ‘nervous exhaustion’ and the retort ‘we don’t send children up chimneys any more’ which gives you an idea of the kind of hours I worked and how pathetic I must have looked. GPs are hardly slackers, after all.

In her book Feel the Fear and Do It Anyway, Susan Jeffers gives the example of a whole life as looking like this: 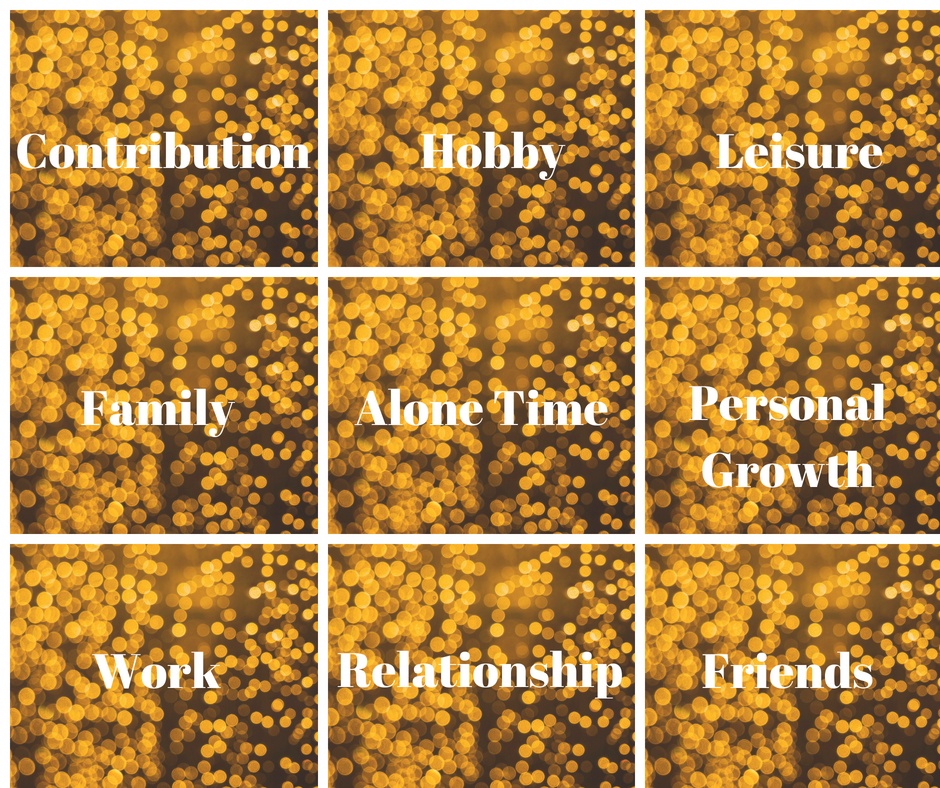 There is a very good reason for not putting all your eggs in one basket. If that basket starts to fray at the edges, so does a big part of our lives. We need balance. So whether you’re a workaholic or obsessed with being in a relationship or you’re obsessed with running, your happiness isn’t in a safe place. And who wants that?

For me the big flag that I’m out of balance is my eating goes haywire. I’ve had phases of bingeing in the past as well as withholding. Really until very recently I found it impossible to talk to friends about this and I felt very isolated.

If this feels familiar to you and you’d like to work on getting more balance, I may have a solution for you that’s also going to help you feel less isolated.

I’ve created a Facebook group for women like me, perhaps ‘us’, called the Me First Tribe. We share ways to get balance in a stressful world, where food takes on far more emotional headspace than we know it should.

If you’d like to join, there are just a few questions to answer, really about engaging and supporting your fellow group members.

Hope to see you in the group. xox