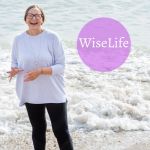 Yoga has amazing tools for soothing our mind, body and nervous systems during stressful times.

And were there ever more stressful times, globally?

Here in the UK we’ve spent years watching other cultures around the world having their lives disrupted. By war. By famine. By civil unrest. What we’re experiencing is so small compared to what we’ve seen others’ endure. And yet the very fabric of our lives feels unsteady. Ungrounded. Unsure.

I’ve thought about what I can give to help you.

I’ll be creating a series of audios which aim to give small oases of peace in disruptive times. This one is a Yoga Nidra. It lasts for 30 minutes. Its goal is to help you relax mentally, physically and emotionally. And all you need to do is lie down. Or listen, sitting on a chair.

Its name, Yoga Nidra, means ‘union at one pointed awareness’ and ‘sleep’. That may sound a bit contradictory but it is very like meditation, or being in a state of self hypnosis. You are somewhere between wakefulness and sleep.

It’s also meant to be energising – a 1:4 ratio equivalent of normal sleep. So if you’re not sleeping well – 30 minutes yoga nidra is like a two-hour sleep. Sound good? Give it a go! Yoga Nidra is very traditional. You may find the concepts a little strange, if you’ve never been to a yoga class and enjoyed a relaxation at the end of the session. it’s an extended version of one of those.

I’ll make some short relaxation recordings in the coming few weeks, but in the true Blue Peter fashion, here’s one I prepared earlier… (those of you from outside the UK, Blue Peter was a kids’ TV programme where we learned how to make things like dolls houses from cardboard boxes, loo roll centres and double-sided tape).

All thoughts and feedback gratefully received in the comments below.

We use cookies on our website to give you the most relevant experience by remembering your preferences and repeat visits. By clicking “Accept All”, you consent to the use of ALL the cookies. However, you may visit "Cookie Settings" to provide a controlled consent.
Cookie SettingsAccept All
Manage consent

This website uses cookies to improve your experience while you navigate through the website. Out of these, the cookies that are categorized as necessary are stored on your browser as they are essential for the working of basic functionalities of the website. We also use third-party cookies that help us analyze and understand how you use this website. These cookies will be stored in your browser only with your consent. You also have the option to opt-out of these cookies. But opting out of some of these cookies may affect your browsing experience.
Necessary Always Enabled
Necessary cookies are absolutely essential for the website to function properly. This category only includes cookies that ensures basic functionalities and security features of the website. These cookies do not store any personal information.
Non-necessary
Any cookies that may not be particularly necessary for the website to function and is used specifically to collect user personal data via analytics, ads, other embedded contents are termed as non-necessary cookies. It is mandatory to procure user consent prior to running these cookies on your website.
SAVE & ACCEPT